Commissioned by New York Medical College in approximately 1986, the painter, James Dyckman, includes portraits of eight leaders of the College. 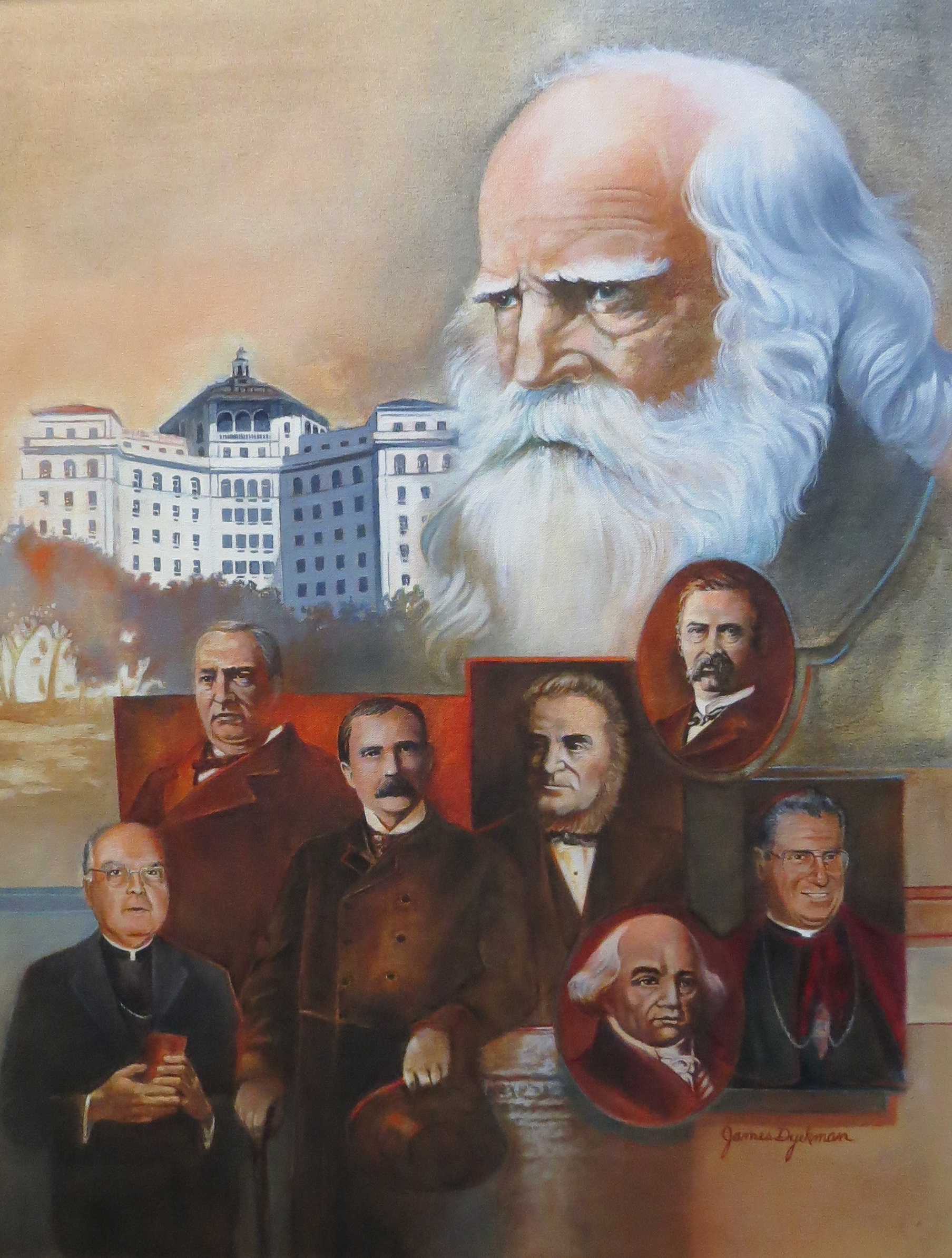 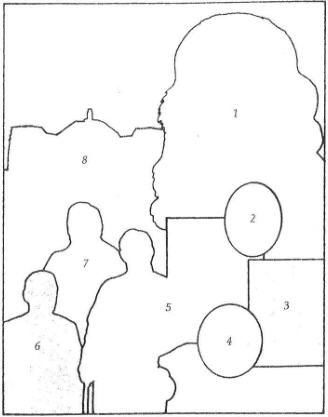 1. William Cullen Bryant, well-known poet, civic leader and editor of the New York Evening Post, was one of the founders of New York Medical College, served as the medical school's first president, and held the office of president of the Board of Trustees for 10 years.

2. Timothy Field Allen, a brilliant scholar, educator and scientist, was professor of general and microscopic anatomy at the medical school, served as dean of the College from 1881-1893, and is credited for changing the College into a modern medical school.

3. John Cardinal O'Connor welcomed a further strengthening of the relationship between New York Medical College and the Archdiocese of New York initiated by the College's Board of Trustees in 1986. Thus, in its 125th anniversary year, the College became known as a medical university associated with the Archdiocese of New York engaging in medical and health-related education, research and service in the Catholic tradition.

4. Samuel Hahnemann was the father of homeopathy, a theory which he announced in 1790 and which brought him international fame and fortune.  Among its tenets, homeopathic medicine advocated exercise, a good diet, fresh air and rest in treating illness. New York Medical College was founded as a homeopathic medical school.

5. John D. Rockefeller, Sr., (left) and David Dows (right) made substantial contributions to the College which enabled the medical school to expand in response to area residents' needs for medical services.  In 1890, the College moved into a new building adjacent to Flower Hospital which was then located at York Avenue and 63rd Street in New York City.

6. Terence Cardinal Cooke in 1978 fostered a relationship between the Department of Health and Hospitals of Catholic Charities of the Archdiocese of New York and New York Medical College. This relationship strengthened several associations which had previously existed bewtween the College and Archdiocesan hospitals, adding many new Archdiocesan hospitals to the College's valued affiliations, increased the institutions' educational resources, and served as a catalyst for fiscal stability and board leadership at a critical time in the institution's history.

7. Congressman Roswell P. Flower, later governor of New York, gave the College funds so that the medical school could build its own hospital.  The Flower Free Surgical Hosptial built for New York medical College in 1889, was the first teaching hospital in the country to be owned by a medical college.