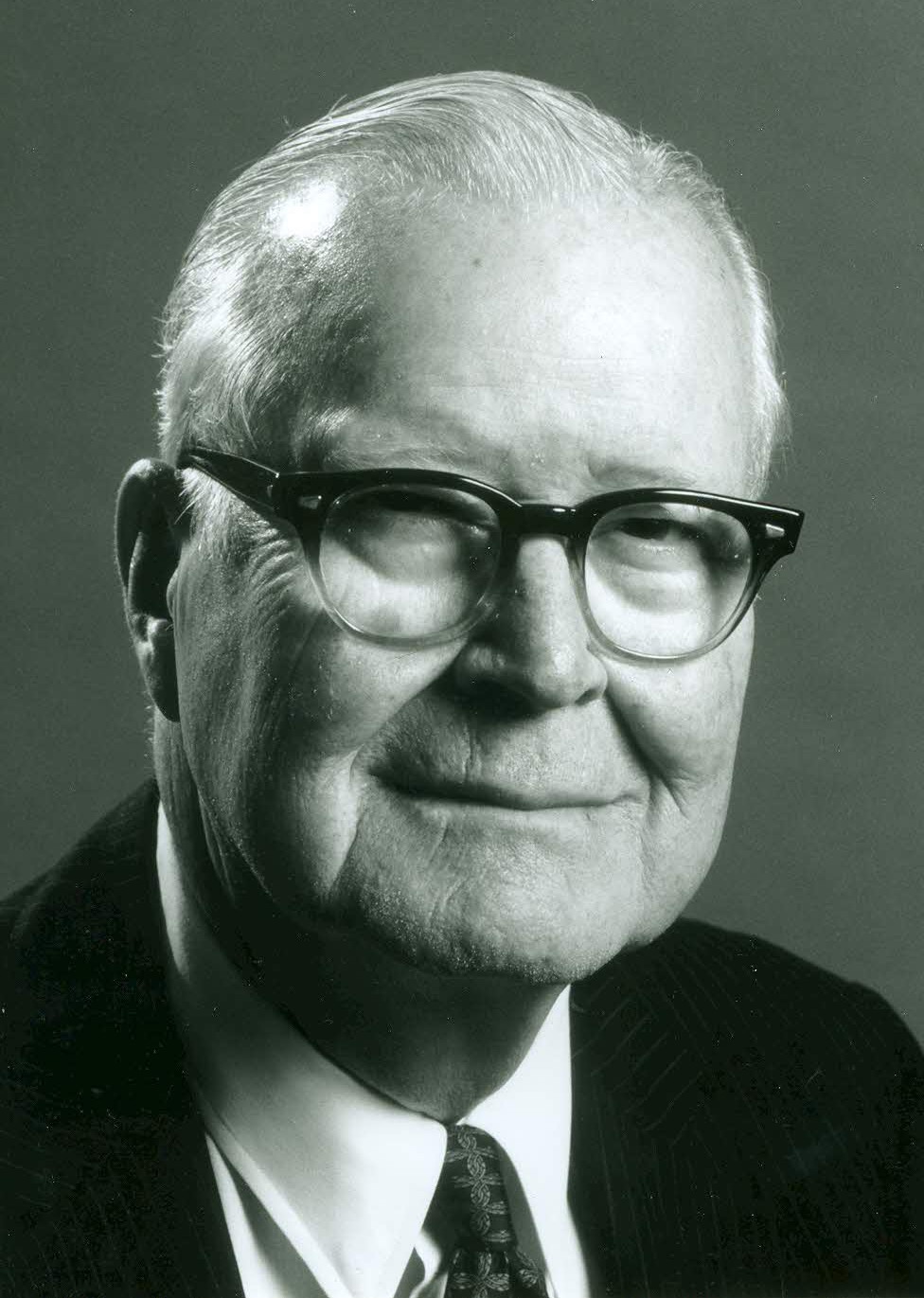 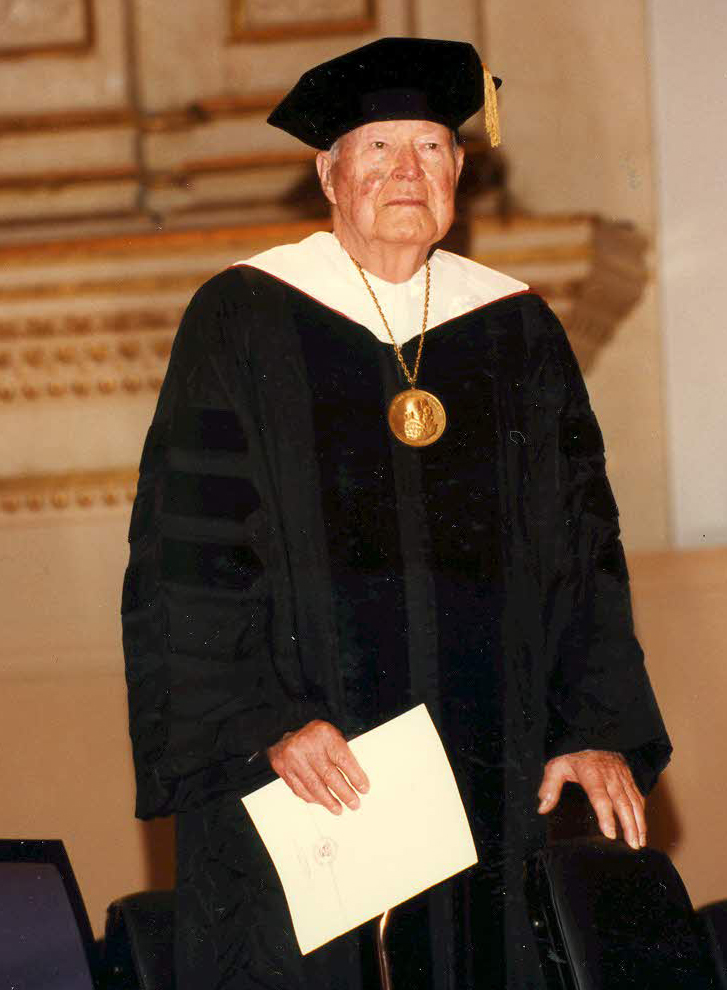 Spears at Commencement at Carnegie Hall, 1998 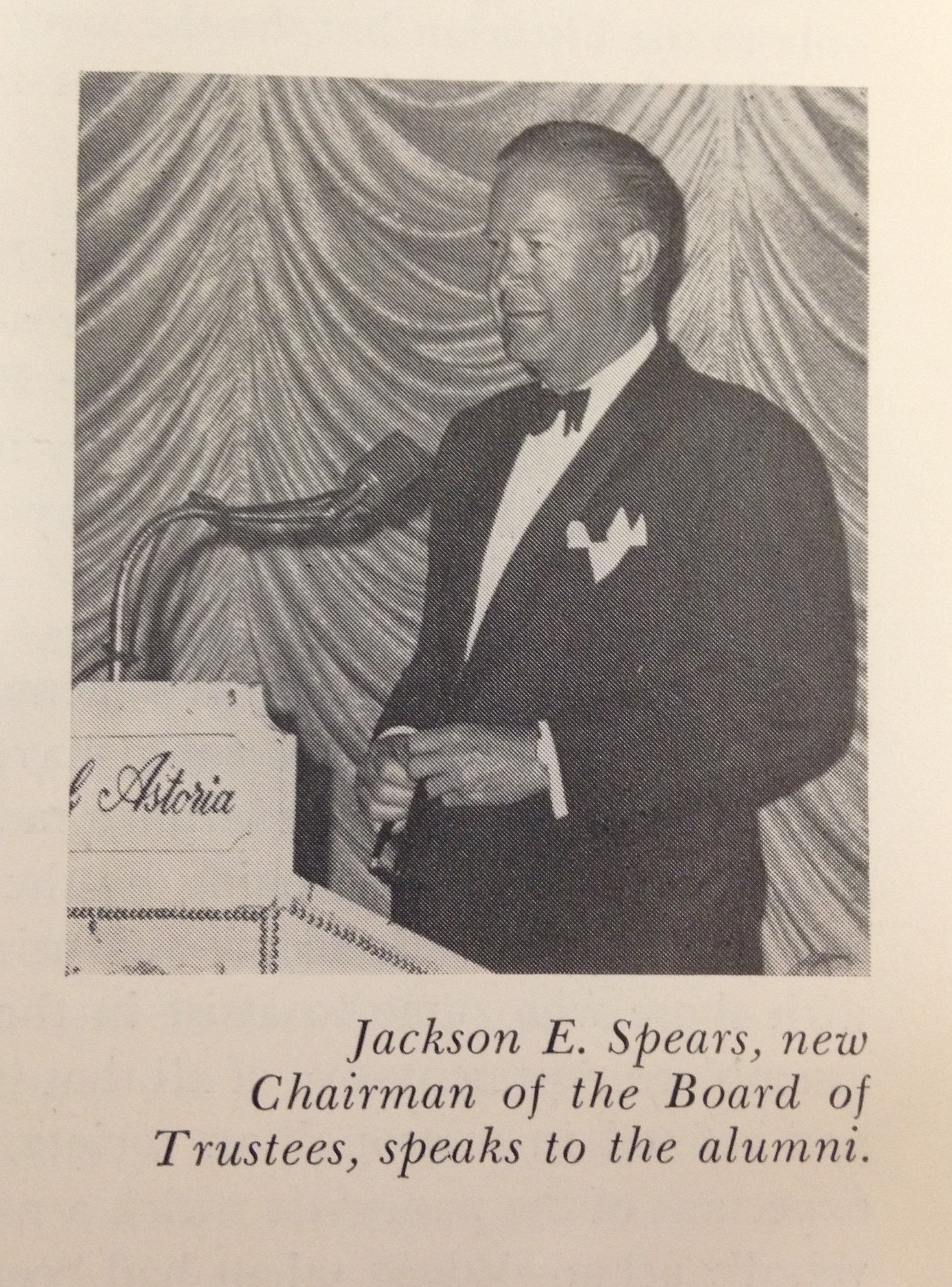 Jackson Spears was a native of Dallas, Texas. Mr. Spears was a corporate executive in the textile industry until his retirement from Burlington Industries as a vice president in 1961.1 He was a member of the Board of Trustees at New York Medical College from 1943 until his death in 2003, and twice served as Acting President of the College.1,2 From 1956-1964, Spears served as Vice Chairman of the Board of Trustees, and from 1965-1972 was its Chairman.1 He was instrumental in the plan to move the College from New York City to Westchester County.3,4 In 1983, Spears was the first recipient of the College's William Cullen Bryant Award,5 which recognizes those remarkable individuals who, in the tradition of the College’s founder, William Cullen Bryant, demonstrate seminal leadership in health care, science, education, business, or the arts. For his service, Spears received an honorary Doctor of Science degree from the College in 1993 and the Terence Cardinal Cooke Medal for Distinguished Service in Health Care.6 In 2000, the Jackson E. Spears Community Service Award was established to recognize those individuals and organizations that have demonstrated exceptional service and commitment to our communities.