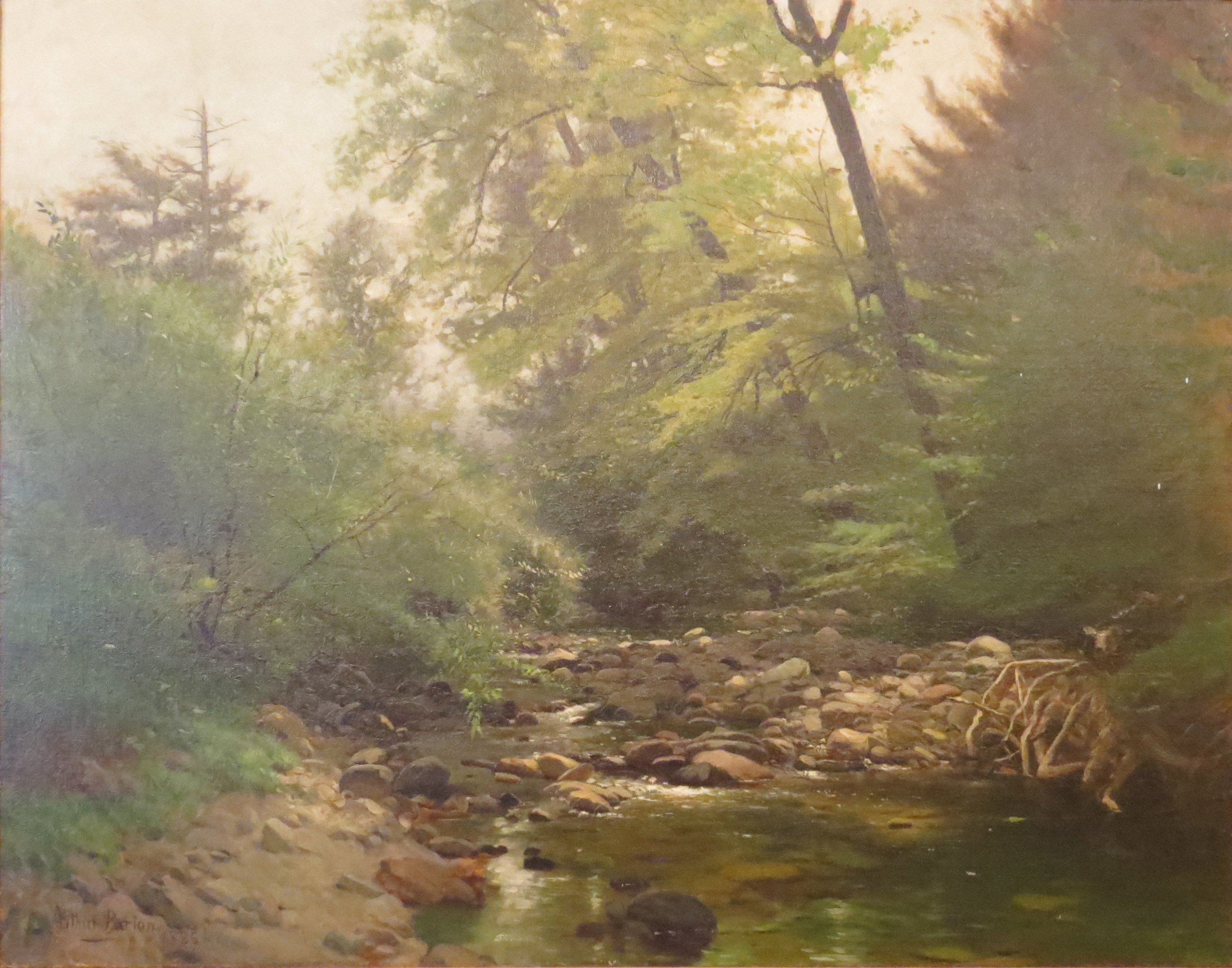 Born in Hudson, NY in 1842, Arthur Parton studied at the Pennsylvania Academy of the Fine Arts under William Trost Richards.¹  While Richards' and the Hudson River School's influence can be seen in Parton's early paintings, his style began to show the influence of the Barbizon School — pastoral scenes with softer brushwork — after he spent a year in Europe in 1869.²

The majority of Parton's career was spent in New York, although his first exhibitions were in Philadelphia.  He established a studio in the Tenth Street Studio Building in New York (1874-1893), and painted throughout the Catskill and Adirondack mountains. Parton gained widespread recognition after his painting of the Shenandoah River (1872) was published in William Cullen Bryant's Picturesque America. He won medals from the Pennsylvania Academy of the Fine Arts (1889), the National Academy of Design (1896), the American Art Association, and the St. Louis Exposition of 1904.¹