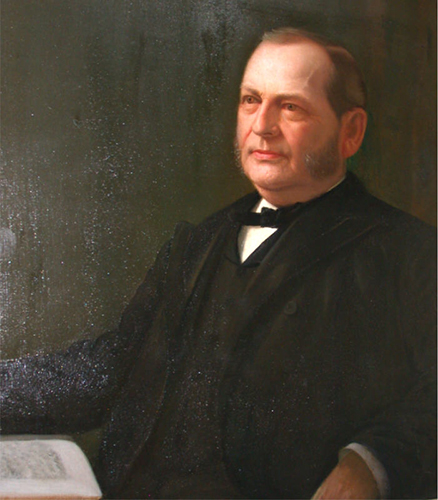 During his gubernatorial tenure, a new banking law was sanctioned; the World’s Columbian Exposition was  launched in New York City and a constitutional amendment changed the governor’s term from three years to two. The sixth of nine children, he was raised in northern New York state, who worked as a teacher, store clerk, and deputy postmaster in Watertown, NY.  With the income he saved, he purchased an interest in a jewelry business. He then became a manager of his late brother-in law’s $4,000,000 estate in New York City where he opened the bank and brokerage house of R. P. Flower & Co.  He was very generous to many charitable organizations throughout the state.

"Charity is the bridge between the rich and poor, and it gives me pleasure to bestow a part of what I have earned for this project. We who have these worldly goods to bestow, should do it, thus closing up the gap between the rich and the poor, and putting them on a level with one another and binding all nationalities together." -- Roswell P. Flower, October 20, 1888, at the laying of the cornerstone of Flower Free Surgical Hospital.