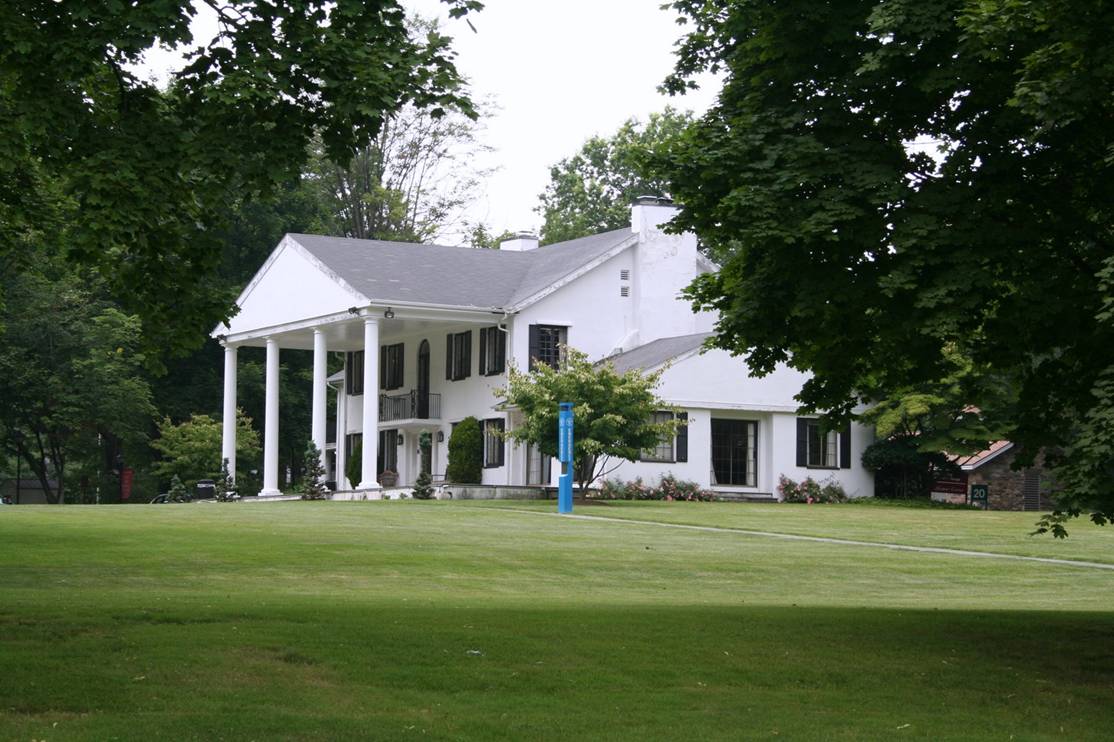 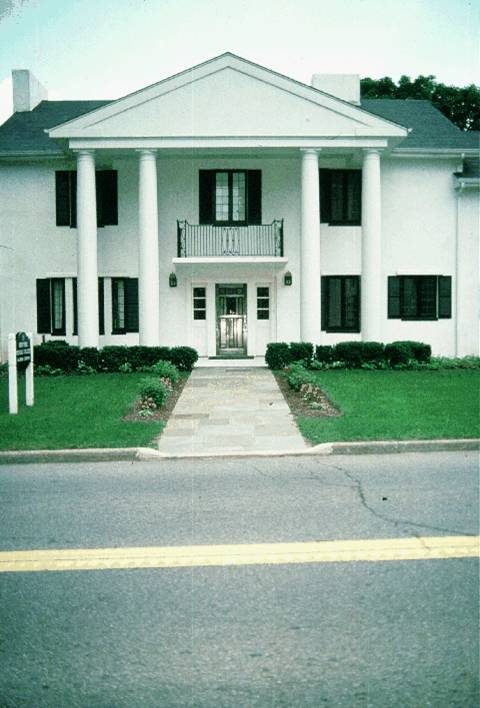 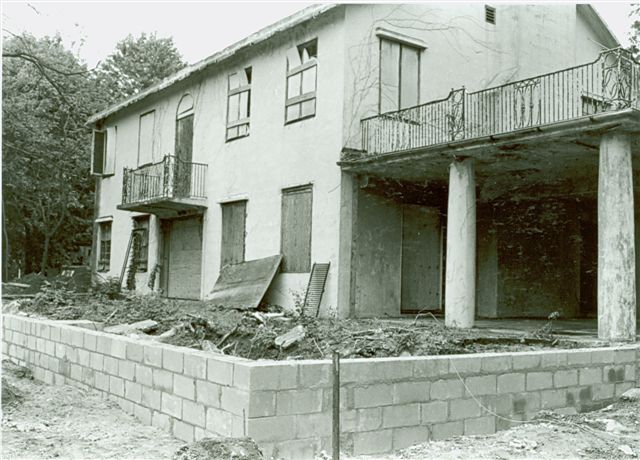 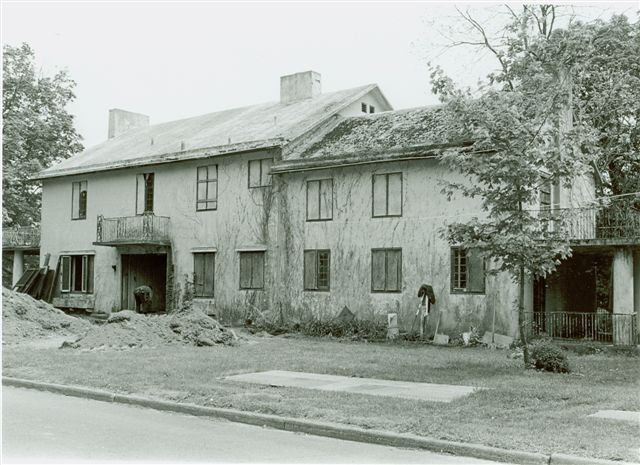 The Alumni Center is important technologically, architecturally, and historically. The structure is an unusual example of the use of poured concrete for residential use which was constructed and occupied by prominent county residents.

The house has a history dating back to pre-revolutionary times. The first occupant was believed to be  Captain Thaddeus Avery (1). Avery, a farmer, was instrumental in hiding money needed to pay Washington’s troops. In 1900 the Daughters of the American Revolution (DAR) presented a silver tablet (1,2,3,4) that was attached to the stove in the home that read:

"Captain Thaddeus Avery was branded with hot irons in this room and his wife, threatened with death by the Hessians when they refused to divulge the hiding place of money for the Continental Army. Mrs. Avery baked bread in this oven for the Revolutionary Soldiers. This hero and heroine were the Grand Parents of Mrs. R. Ogden Doremus, Second Regent of the New York Chapter of the Daughters of the American Revolution which organization affixed this tablet June 9, 1900." (1)

In later years, the structure was occupied by Westchester County Commissioners of Public Welfare, V. Everett Macy and Miss Ruth Taylor among others, and became known as the "Commissioner's House." The Strawson family was the last to occupy the house from 1944-1960 . Stanton M. Strawson was Commissioner of Public Welfare for the County from 1950-60 (5). After that period, the “Strawson House” stood abandoned for many years. The building had been scheduled for demolition by the Department of Public Works and in the interim, used by the Fire Safety Training Unit for practice in putting out fires.

After hearing of the demolition plans in 1979, the School of Medicine Alumni Association initiated a campaign to restore the building. By 1981, the Alumni Association had reached the $75,000 mark (6). On December 15, 1982, the Association presented a check for $230,000 to College President John J. Connolly (7).  On January 29, 1982, The Alumni Center was officially leased to New York Medical College by Westchester County (8). Renovation began in June of 1983. The building was restored as faithfully as possible in consultation with the County Planning Department. The front and back porticos  were added and an open porch was enclosed for the boardroom (9). With the restoration completed, the dedication of the Center was held on June 2, 1984 (10).

The Alumni Center is now home to the administrative offices of NYMC Alumni Relations and offers an elegant venue for meetings and alumni events.

8. Dursi JF. A message from the President of the Alumni Association. Images of New York Medical College. Spring 1982;1(1):6.