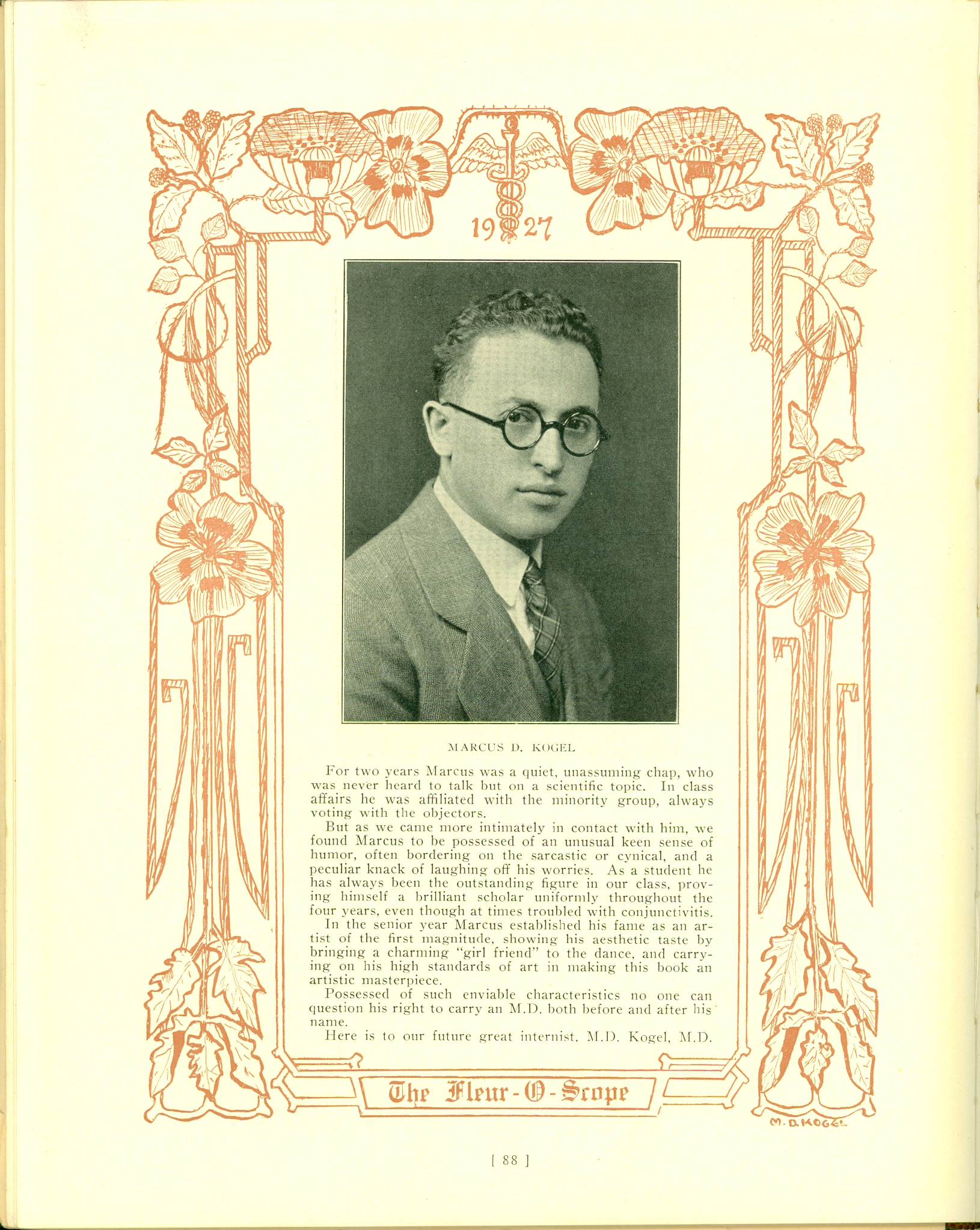 Dr. Kogel earned a medical degree from New York Medical College in 1927, and served as chief resident physician at Metropolitan Hospital from 1927-1929. "During World War II, he served as an colonel in the Army, first as director of the department of military sanitation at the Medical Field Service School in Carlisle, Pa., and later as medical inspector and chief of preventive medicine in China, where he was awarded the Legion of Merit for his efforts in combating a cholera epidemic.¹" He was New York City Commissioner of Hospitals from 1949-1953, and came to Albert Einstein College in 1954.  He established and chaired the Department of Preventive and Environmental Medicine at Einstein, and was named the founding Dean of Albert Einstein College of Medicine in 1955, and held the position until 1967. Dr. Kogel died of pancreatic cancer at his daughter's home in Croton-on-Hudson, NY November 28, 1989.