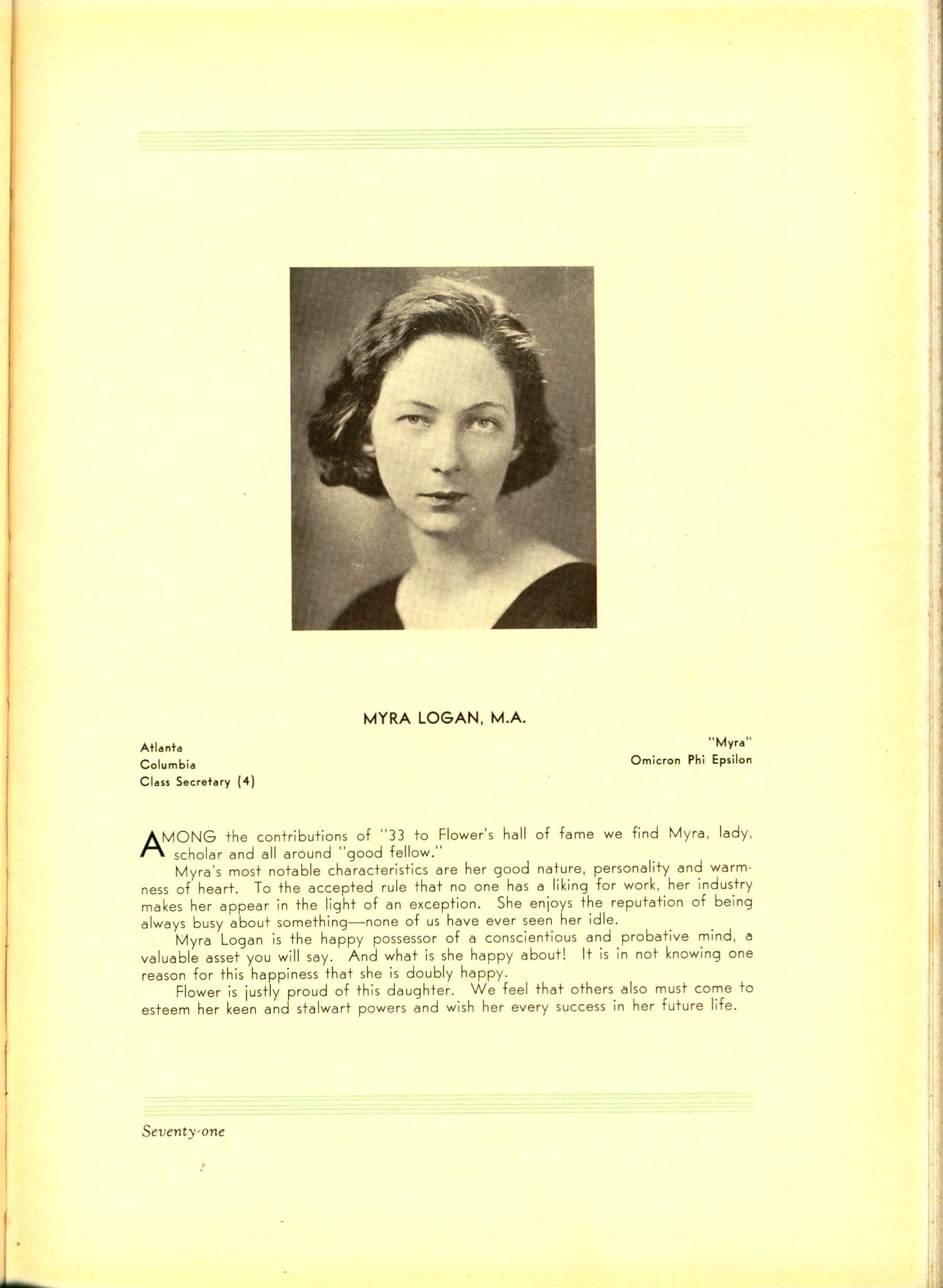 Other sources of information

Myra Adele Logan,the first recipient of the Walter Gray Crump Scholarship for Young Women, graduated from New York Medical College in 1933. Among her more notable accomplishments, she was the first female to perform open heart surgery and was the first female African American  elected a fellow of the American College of Surgeons.