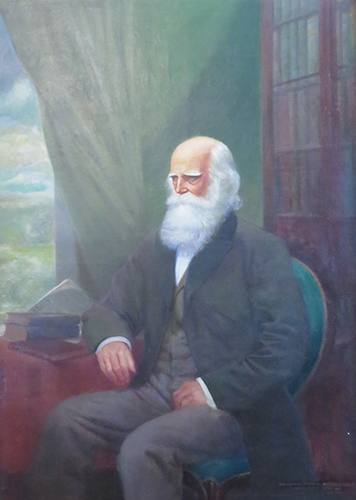 Works by William Cullen Bryant at the Health Sciences Library

Books About William Cullen Bryant at the Health Sciences Library

In 1826, Bryant moved from Massachusetts to New York City to assume the editor-ship of the New York Evening Post.  In 1829, he became the editor in chief of the Evening Post.³  William Cullen Bryant never became a doctor, but he was one of the first in  New York City to accept homeopathy as a new healing system.  In 1834, he joined the New York Homeopathic Society.  His addresses both written and oral supported homeopathy and the use of remedies such as aconite, arsenic, belladonna, mercurials, and sulfur.  In 1841, he became the first president of the New York Homeopathic Society.²

Bryant helped establish Central Park and the Metropolitan Museum of Art.  He also campaigned for a full-time paid fire department in New York City.  He was well known as an outspoken opponent of slavery.4