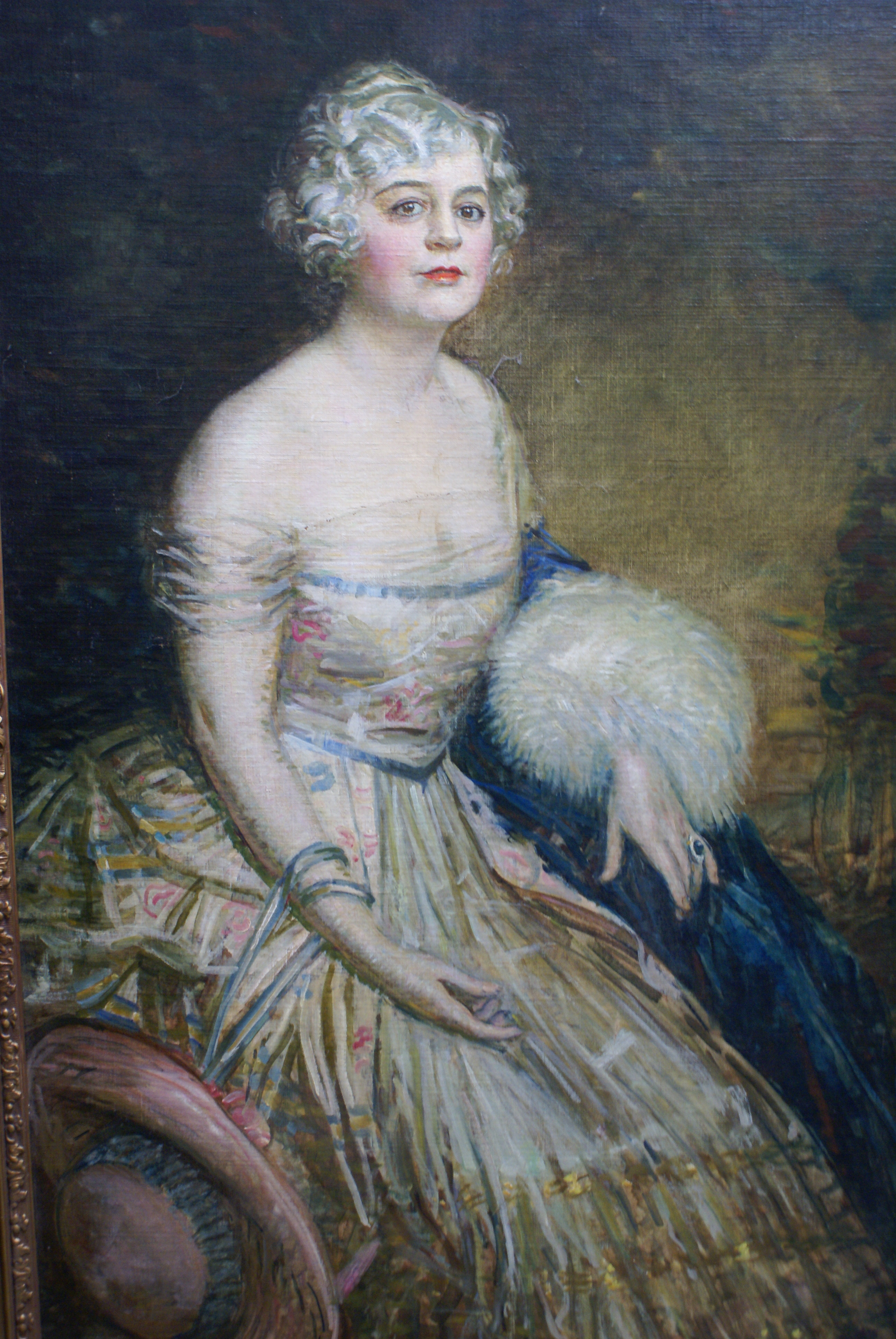 This painting was, for decades, listed on the inventory of New York Medical College as a portrait of Dr. Clemence Sophia Harned Lozier. In 2013, during a review of the College's art holdings, several individuals observed inconsistencies with this attribution: 1) the picture bears little resemblance to other known portraits of Dr. Lozier; 2) the clothes worn by the subject are not of the era in which Dr. Lozier lived; and 3) biographies of Dr. Lozier indicate that the frock and jewelry she is wearing would not have been consistent with her personality.

If this picture is not of Dr. Lozier, then who is this woman?  Some observers have suggested that she might be Elizabeth Cady Stanton, the famous suffragette and friend of the College's founder William Cullen Bryant. Another possibility was that this was a portrait of Sarah M.W. Flower, the wife of Roswell Pettibone Flower who served as the 30th Governor of New York from 1892 to 1894. Flower was the founder of Flower Hospital, a teaching hospital owned by New York Medical College in the 19th and 20th centuries. (There was a period during which this College was called The New York Medical College Flower and Fifth Avenue Hospitals.)  Associating this likeness with Stanton or Flower, however, are highly unlikely for the same reasons as given above for Dr. Lozier.

During a discussion about the identity of the woman in the painting, Dr. Renee Garrick, Vice Dean of the School of Medicine and Chief of Nephrology of the Department of Medicine, observed that the "mystery woman" seemed to be gazing into the eyes of the portrait of Dr. Royal Copeland. The portrait of the "mystery woman" is precisely the same size as that of Dr. Copeland, the canvas is stretched in the same way, the wooden frame upon which the canvas is mounted is the same as that of the Copeland portrait, the brushwork for the depiction of the background vegetation is the same in both pictures, and both portraits are signed by the artist "Marie." Attention now turned to the study of photographs of Dr. Copeland's second wife, Frances Spalding Copeland (1884-1943, marriage 1908). In these photos, she is wearing a large ring on her left hand as portrayed in the painting. To further support this theory we can turn to newspaper reports of the time. At the time Dr. Copeland traveled to New York to begin his duties at the College, Mrs. Copeland is described as wearing a large, floppy hat on the train trip from Michigan to New York. Curators at the Metropolitan Museum of Art in Manhattan who have studied the painting before you report that the clothes, hairstyle, and makeup worn by the woman in the painting date her to the period of 1916 to 1929. This is long after Dr. Lozier's death but would have been during the life of Mrs. Copeland. (Mrs. Copeland would have been between 32 and 45 years of age during this period.) It is almost certain, therefore, that “the mystery woman” is a portrait of Frances S. Copeland, wife of Royal S. Copeland, the Dean of the College and later a U.S. Senator. Frances Copeland was the author of a popular book of social etiquette of 1937 titled Mrs. Copeland's Guest Book. We will let the viewer decide if our theory holds up.