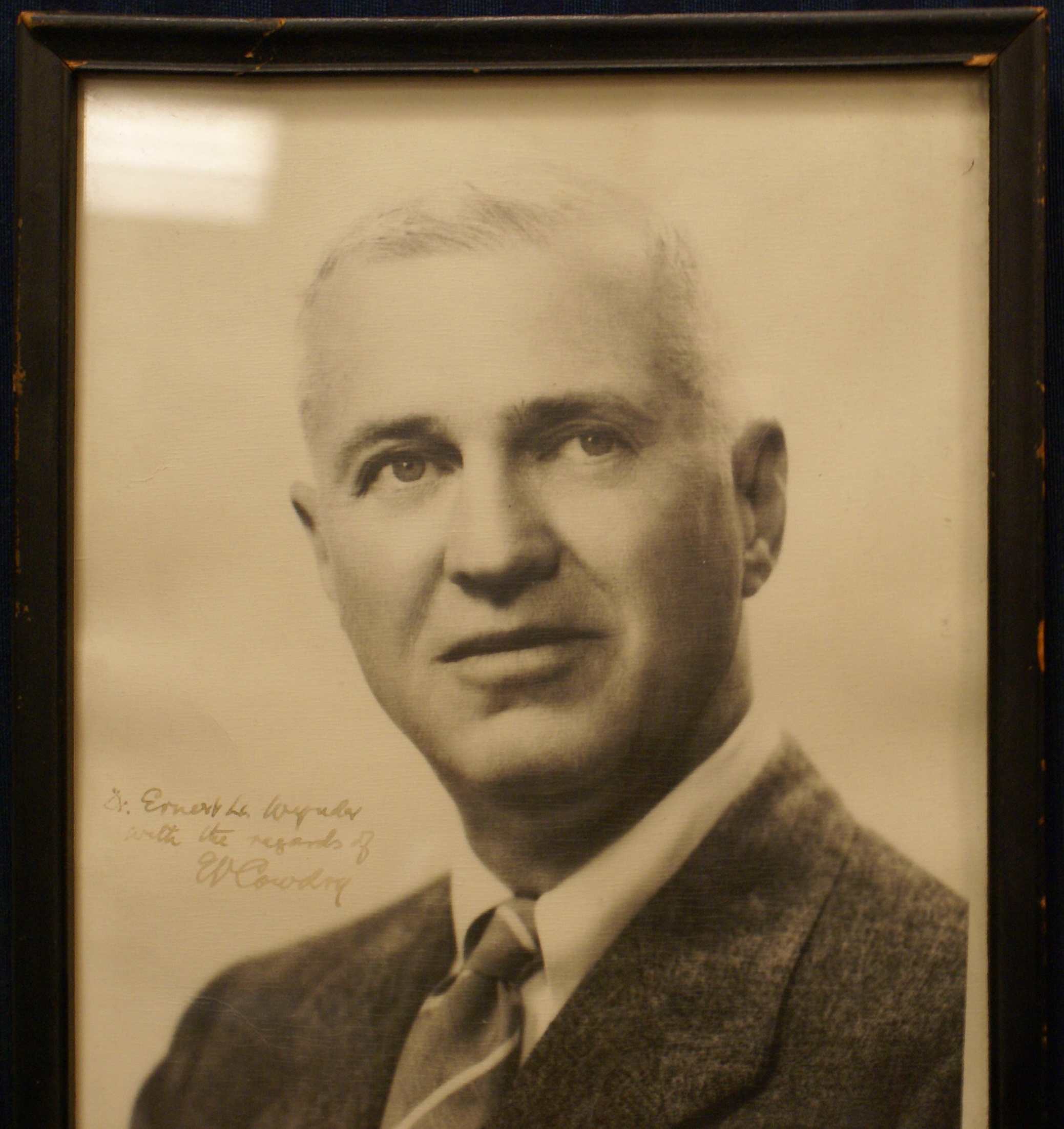 Cowdry was born in Alberta and grew up in Ontario. He studied at the University of Toronto, receiving his BA in 1909. Continuing with graduate training in anatomy, he received a Ph.D. from the University of Chicago in 1913. He was on the faculty of Johns Hopkins University from 1913 to 1917. From 1917 to 1921, he was among the first professors at Peking Union Medical College, established by the Rockefeller Foundation in Beijing, China. From 1921 until 1928, he was an associate member of the Rockefeller Institute. Beginning with that period, he made several research trips to African countries. In South Africa, he was instrumental in isolating the organism (thereafter called Cowdria ruminantium) which causes heartwater in animals. In Tunisia, he investigated the etiology of malaria. In Kenya, his chief interest was yellow fever.

Cowdry joined Washington University School of Medicine in St. Louis in 1928 as head of the Cytology program and co-chair of the Department of Anatomy, and for that purpose moved to St. Louis. Later he became director of research at Barnard Free Skin and Cancer Hospital (1939). In 1941 he became the formal head of the Department of Anatomy. Cowdry's chief laboratory research interests in those years came to focus on cancer. He was noted not only for work in the laboratory, but also for his advocacy of increased public support for programs to fight malignant diseases. He was also widely known for coordinating interdisciplinary work in gerontology and is considered today to be one of the founders of contemporary scientific approaches in that branch of applied medicine and social work. EVC stepped down as head of anatomy in 1950, accepting in its place the position of director of the Wernse Cancer Research Laboratory at the school. He was named professor emeritus and director emeritus of the Wernse laboratory in 1960. EVC remained active in research in the university and at Jewish Hospital of St. Louis until his death in 1975.