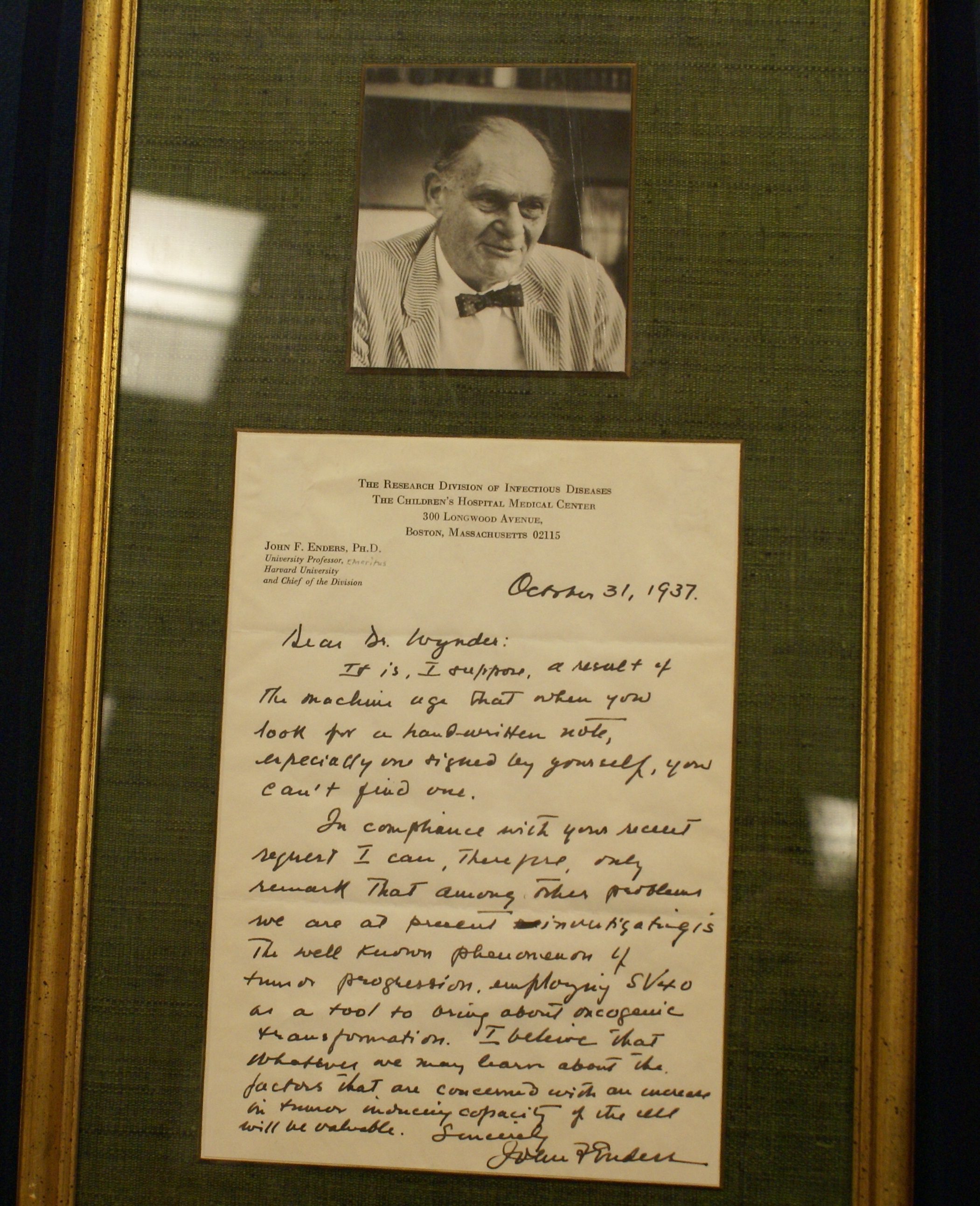 Enders was born in West Hartford, Connecticut in 1897. His father was CEO of the Hartford National Bank and left him a fortune of $19 million upon his death. Enders attended Yale University a short time before he joined the United States Army Air Corps in 1918 as a flight instructor and a lieutenant. After returning from World War I, he graduated from Yale. He went into real estate in 1922, and tried several careers before choosing the biomedical field with a focus on infectious diseases, gaining a Ph.D. at Harvard in 1930. He later joined the faculty at Children's Hospital Boston.

In 1949, Enders, Thomas Huckle Weller, and Frederick Chapman Robbins reported successful in vitro culture of an animal virus—poliovirus. The three received the 1954 Nobel Prize in Physiology or Medicine "for their discovery of the ability of poliomyelitis viruses to grow in cultures of various types of tissue".

In 1954, Enders and Peebles isolated measles virus from an 11-year-old boy, David Edmonston. In 1960, an Enders team began clinical trials. A year later reports appeared in the press pronouncing the measles vaccine effective. Refusing credit for only himself, Enders stressed the collaborative nature of the effort. In 1963, Pfizer introduced a deactivated measles vaccine, and Merck & Co introduced an attenuated measles vaccine.