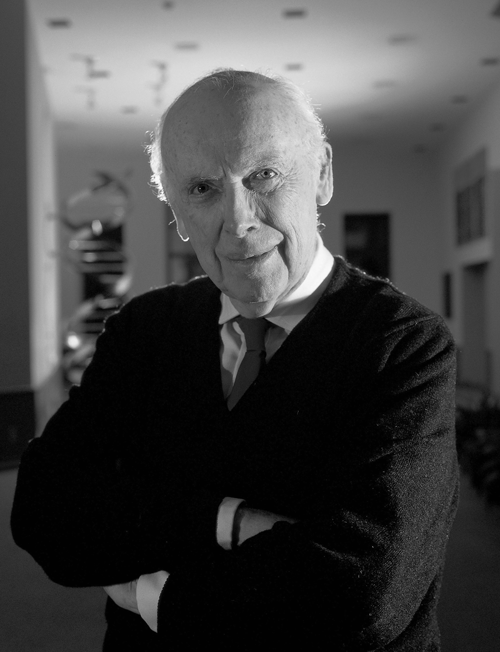 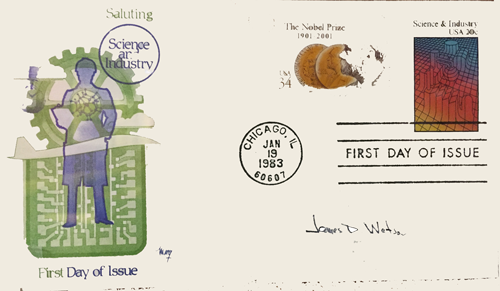 James Dewey Watson was born in Chicago. Watson entered the University of Chicago at 15 under the gifted youngster program. He did well in courses that interested him, like biology and zoology, and not as well in other courses. He decided that he would go to graduate school and study to become the curator of ornithology at the Museum of Natural History.

In his senior year at Chicago, Watson read Erwin Schrödinger's book: What is Life? The Physical Aspect of the Living Cell. He was fascinated by the idea that genes and chromosomes hold the secrets of life. When Watson went to do a Ph.D. with Salvador Luria, a pioneer in bacteriophage research, at Indiana University, it seemed the perfect opportunity to work on some of these problems.

After his Ph.D. in 1950, Watson spent time in Europe, first in Copenhagen and then at the Cavendish Laboratory of the University of Cambridge. By now, Watson knew that DNA was the key to understanding life and he was determined to solve its structure. He was lucky to share an office with Francis Crick, a Ph.D. student who was also interested in the structure of DNA. Although both were supposed to be working on other projects, in 1953, they built the first accurate model of DNA one of the great scientific advances of all time.

In 1962, Watson shared the Nobel Prize for Physiology or Medicine with Francis Crick and Maurice Wilkins who, with Rosalind Franklin, provided the data on which the structure was based. Watson wrote The Double Helix: A Personal Account of the Discovery of the Structure of DNA, which was published in 1968. This book was the first of its kind, being a gossipy account of the inner workings of the scientific world, and has never been out of print.

In 1956, Watson accepted a position in the Biology department at Harvard University where the focus of his research was RNA and its role in the transfer of genetic information. Although he continued to be a member of the Harvard faculty until 1976, Watson took over the directorship of Cold Spring Harbor Laboratory in 1968.

Watson has played a significant role in the development of science policy, from the War on Cancer, through the debates over the use of recombinant DNA, to promoting the Human Genome Project. From 1988 to 1992, he ran the Human Genome Project at the National Institutes of Health while still directing Cold Spring Harbor Laboratory.

One of his major interests is education. His first textbook, Molecular Biology of the Gene, set new standards for biology textbooks, and it was followed by Molecular Biology of the Cell, and Recombinant DNA. He is actively exploring the avenue of multimedia education and the WWW through projects being developed at the DNA Learning Center, the educational arm of Cold Spring Harbor Laboratory. He was and is one of the main motivators of this project, DNA from the Beginning.

James D. Watson has received many honors, including;